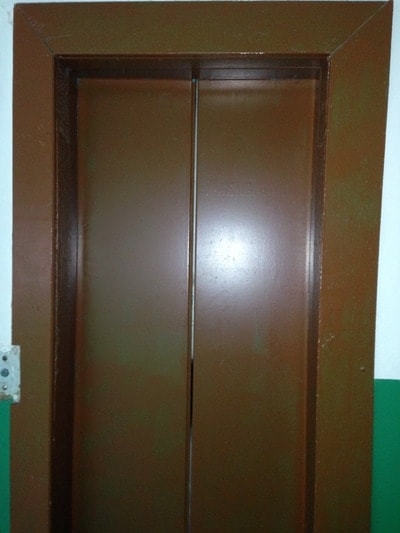 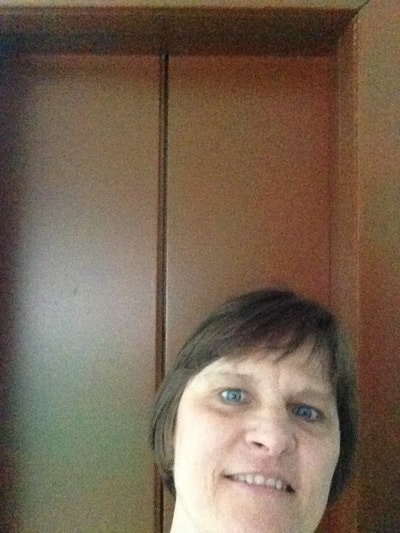 The elevator in my apartment building. What a way to start a blog, right? Recently I went out a little before 9 PM to enjoy the warm weather. I intentionally left my phone at home because I wanted to “unplug.” I came back in and stepped into the elevator to return to the ninth floor where I live. I got part way up and suddenly: BOOM! The elevator stopped and the lights went out.
I was in a rather undesirable situation. I didn’t have my phone. Even if I had my phone, there was nobody to call. I have a friend in the city who could help me, but she lives a good 30-45 minutes away. My American supervisors left the country a couple days ago.
It was so dark I couldn’t see my hand in front of my face. I had just drunk a big glass of milk before I went out. I needed to use the bathroom. As I began to think through my options and assess my resources, I realized, “Hmmm…. I don’t have a lot, just my keys, 200 gryvna, my clothes, my sandals. My keys could maybe pry open the door, but only if I could see.” I reached to the center and attempted to pull the doors apart with my hands. No dice.
At this point, I said, “Okay, God, its just You and me and I need help. I am asking You in the name of Jesus to send someone who knows how to get this thing open so I can get out.” Then I started praying (unashamedly) in the Holy Ghost and banging on the elevator doors.
Eventually a I heard a lady’s voice responding to my knocking. But because of both he language issue and the reality that she was speaking through thick doors, I didn’t understand her. I stopped banging and gave her a few minutes to find help.
After a while, I banged again and there was no response. I knew the electricity would probably not be out for long, but thought the worst case scenario for where I live might be 24-48 hours. Unpleasant, but I thought through: Okay, if I need to relieve myself, I can do so in a corner and be sure to stay away from the corner. I wasn’t afraid of no food or water because I know the human body can go without these for a time without too much incident.
I continued to pray in the Spirit and again began banging on the door. I didn’t bang loudly, but methodically, loudly enough, and insistently. Eventually, I heard a man’s voice responding to my knocking. This time I told him (in English) that I didn’t understand him. He responded and I again stopped banging thinking he’d find help. About two minutes later, I saw light flashing through the cracks in the door, heard the sound of metal on metal, and heard his voice again. I realized he was working to get me out. After a short time, the first door opened. I was between floors and started to get out, but he asked me to wait until he opened the second door, which he quickly did. Then he held out his hand to help me to jump down to the floor where he was working. I was safe, sound, and I gave some strange man I never met before a hug and a big thank you!
When it was so dark, I began thinking: Is this what hell is like? So dark you can’t see anything, not even your own body? After getting out, I continued to reflect. When I come in contact with lost people, how am I responding? Am I like the first woman who saw and heard the problem but did nothing to help? Or am I like the second man, bringing light, the tools to help people out, the reassurance of a voice that is working on getting them out, and a helping hand to get people out of darkness?
I honestly was very convicted that I am often more like the first woman. But I can improve. What about you? When you come into contact with a lost person, do you notice their problems and walk away? Or do you come with the light, the tools to help, a reassuring voice, and a helping hand to pull them out darkness into the light?